This is my second meeting with the Creative Minds Columbus group. Apparently after my third punch in the ‘Frequent Writer’s Card’ I have to come up with an author’s bio for the site, but I’ll worry about that bridge when I come to it.

Today the meeting was at a Starbucks near my house. Starbucks is integrated in our society much like Facebook is at this point. Conversations start with ‘did you see on Facebook where I did…?”  The internal dialog in my head (which is always running, by the way) kindly, but firmly replies, “no. There is more to my life than trolling your Facebook feed.” Even when there isn’t.

The meeting started with a writing prompt. A different member was running it, so I wasn’t quite sure what to expect. Turns out we each got different prompts. A ha! A twist!!

I read mine. And within minutes we were off.

Two observations off the bat.  The first is that now I know why a couple of the other members bring headphones to these meetings. It’s for the time of the prompt to drown out the background chatter.  The ambient crowd noise at Panera was much less intrusive than that at Starbucks. Headphones will be a staple in my writing bag moving forward.

The second observation is more of a ‘WTF’ moment. As I was starting to write I hear a female voice coming from the table behind me.

I wanted to tell her that “Hey Siri” only works when your phone is plugged in to a constant power source, but I was busy writing…

“Hey Siri–what should I order at Starbucks?”

Wait. What? Are you kidding me? You do realize that asking Siri a question like that is basically like Googling something and hitting the “I’m feeling Lucky” link. I mean, seriously–c’mon!  You’re at Starbucks. They have everything written on the board.  And what if Siri suggested something you hated? Where does that go? Eventually Siri is going to just be like “You know what? I don’t know. Why don’t you order what you want to order since obviously my suggestions aren’t good enough for you VANESSA!”

But as much as I wanted to have this conversation with the 20-something that I have now named Vanessa in my head, I had a prompt to work on.

And here was the prompt:
“Shhh, I’m wabbit hunting….”
You wake up one morning and find yourself inside a Looney Tunes cartoon with a burning desire to hunt down a certain Bugs Bunny, no matter what the cost. What happens next?
And here’s what 15 minutes in a crowded noisy Starbucks yielded:
The alarm clock looked at me angrily.
“Serioulsy?? 4 AM? C’mon on man—it’s much too early for this.”
I reached over to hit it.
“HEY!!? What the hell man?!?”
“I….wait…what?” Clearly there was a little too much tequila last night.
“It’s four. Wake up. And don’t even think about hitting me, bub.”
I rubbed the sleep from my eyes and looked around. It felt like my room, but it didn’t look like my room. Things were somehow…brighter. Colors more…vivid.
“Where am I?”
The alarm clock had gone back to sleep.I thought about waking him to get some more answers, but clearly he was not a morning person.
Pictures of me and my hound adorned the wood panel walls.
“Dog?”  I looked around for a dog. I found him in an urn on the mantle. The inscription read “Rabbit Season 1978”
Rabbit season.
Oh shit. Was it Rabbit Season?  I looked around for a calendar…on the wall in the modest kitchen was a calendar.  The date said “TODAY” and circled on the way were the words “RABBIT SEASON”
I started to get dressed and stopped myself.
“What the hell? I don’t know shit about hunting. Let alone rabbits.”
I heard the newspaper hit the door with a bored >thunk<.
Newspaper? Who the shit still reads newspapers?  Just then the phone rang.
“YOU HAVE A PHONE CALL FUDD!!!!”
“It’s Todd,” I mumbled as I picked up.
The voice on the other end was auctioneer fast, “Lissen Fudd, this is the ACME AMMO AND HUNTING SUPPLY CO of Walla Walla Washington. We screwed up on your order and the teeny tiny bullwits you ordered are out of stock. Sorry bub.”
“No more bullwits?” I heard myself asking.
“No more bullwits. Good luck today and happy hunting.” >click<
The line went dead. The phone looked at me angrily. I set it’s cradle back down and it went back to sleep.
I looked in the gun case and found a modest supply of about 150 rounds of ACME ammo for my “ACME Super Wabbit Mutilator 2000.”
I saw a target on the wall with Bugs Bunny.
Before I knew what was happening, I was in the woods with a loaded gun looking for a rabbit.
I heard the hammer lock…
-*-
And that was when time was called. From there we went to talk about NaNoWriMo. Several members in the group were participating. I had said I wasn’t. I explained that the task just seemed (and I might be paraphrasing here) daunting as shit to me.
But then it turned in to a really good discussion about the fact that it was a tool. Not a means to an end. NaNoWriMo doesn’t necessarily expect you to have a finished novel. But they explained to me that it’s really about getting you in the mindset and practice of actually doing it. Actually carving out the time and devoting it to your writing.
And it made it a lot less scary to me. Again…growth. I feel like, as a writer, I’ve grown just in these few short weeks.
I think I’m gonna dig this.
Have a fantastic rest of your Saturday my friends!!
-A.T. 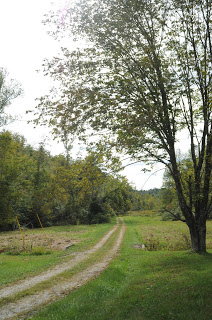