So, I mentioned in the last post that I didn’t intend for this to be a two part post, but by the time I was getting into the meat of the last post, the weight of what I had experienced Tuesday night and Wednesday night had just plopped down on me like an old dog that doesn’t want to be on the walk anymore.

That’s not to say, though, that the events don’t merit more discussion. They absolutely do. Not only did I find some amazing insight into the human condition (I see you, Jason. The humanity in me SEES the humanity in you), but I got some insight into who I am as a person AND who I am as a white man in today’s society. It was, to say the least, some pretty heady shakubuku (I pull, of course, from the Grosse Pointe Blank interpretation of this being a swift, spiritual kick to the head). And this week was chock full of it.

Today was the last day of a seven year stint with Micro Center. It has been a wonderful experience. I don’t have anything bad to say about the company or the people I worked for. It’s not that I am afraid to burn bridges, it’s just that to be honest, I’m leaving because things sucked. Could things have been better? Sure. Some things could have definitely been better. But in all, it was a good gig. I learned a lot, and I grew as a person.

I am a different person than I was 7 years ago, though, and I’m at a different place in my life. So, it’s time to move on. The gig I’m going to is going to give me more of a stable schedule and absolutely zero on-call.

There will still be travel, albeit with enough forewarning that I can still schedule my life around it. It’s a good thing.  A very good thing.

And now, we come to a common theme in my life. When soemthing good is happening to me, I get concerned. For some reason, I grew up thinking that if something good was happening in my life, it was either a mistake, or something bad was going to happen. The other shoe would drop and balance things. And I’m not sure when that actually happened. Somethings in my life I can tell you the exact moment it happened. I can look at a facet of how I am wired and tell you the exact moment that fertilized the egg of that particular brand of weirdness in my wiring. But this one—I have no idea where it came from.

One of the fucked up side-effects of this particular internal wiring, is that I put up with the shitty things much longer than I should because, you know, if it’s shitty-I probably did something somewhere, in this lifetime or another, to deserve it.

Isn’t that weird? I look at that last paragraph and it strikes me how messed up it is. If something good is happening, I totatly don’t deserve it, but if it’s a bad thing, then, yup. I totally had that coming to me.

It probably comes from spending too much time alone and only in my head.

Where was I? Right. The amazing week. At the dinner party Wednsday, I got to spend some quality one on one time talking to Jason Reynolds and Brendan Kiely, separately. And I just opened myself right up to them. I told them both how the book messed me up. How it really messed me up. I told them what it was like growing up and remembering with clarity the first time I noticed a difference in skin color.  About the first time I ran from the police as a teen. And how as an adult, I recognize that the experiences I had were very different from Jason’s. But to both of them I said this, and meant it from my heart. I was not the same person when I finished All American Boys as I was when I started it. I don’t know how anyone could be the same person. If they were reading the book with an honest and open heart (and trying themselves to answer the reading discussion questions at the end of the book), there was no way someone could come out of that book as the same person.

Another thing that made the evening very interesting is that my friend, who helped get the grant money for Jason and Brendan’s Ohio tour, would introduce me as a writer. And this is my friend Todd. He’s also a writer.  Or, He’s a writer.

And I didn’t feel like a poser. When the hostess gave a speech later that evening thanking the writers in the room for what they do, for the gifts they give the world by their writing, I didn’t think Yeah thank you writers. I hope I can do that one day.

No. I thought to myself, Wow. What I write matters. And I’m among some amazing company right now. My peer group in this room is incredible.

No imposter syndrome. OK. Not as much imposter syndrome. Very little, in fact. After talking to both Jason and Brendan, I have no doubt that we are going to become and remain friends. Maybe that’s their vibe. Maybe everyone they meet feels that way because the are both such genuine, amazing men.

But I can’t help but think that there’s more here. That I will be counting them as peers. 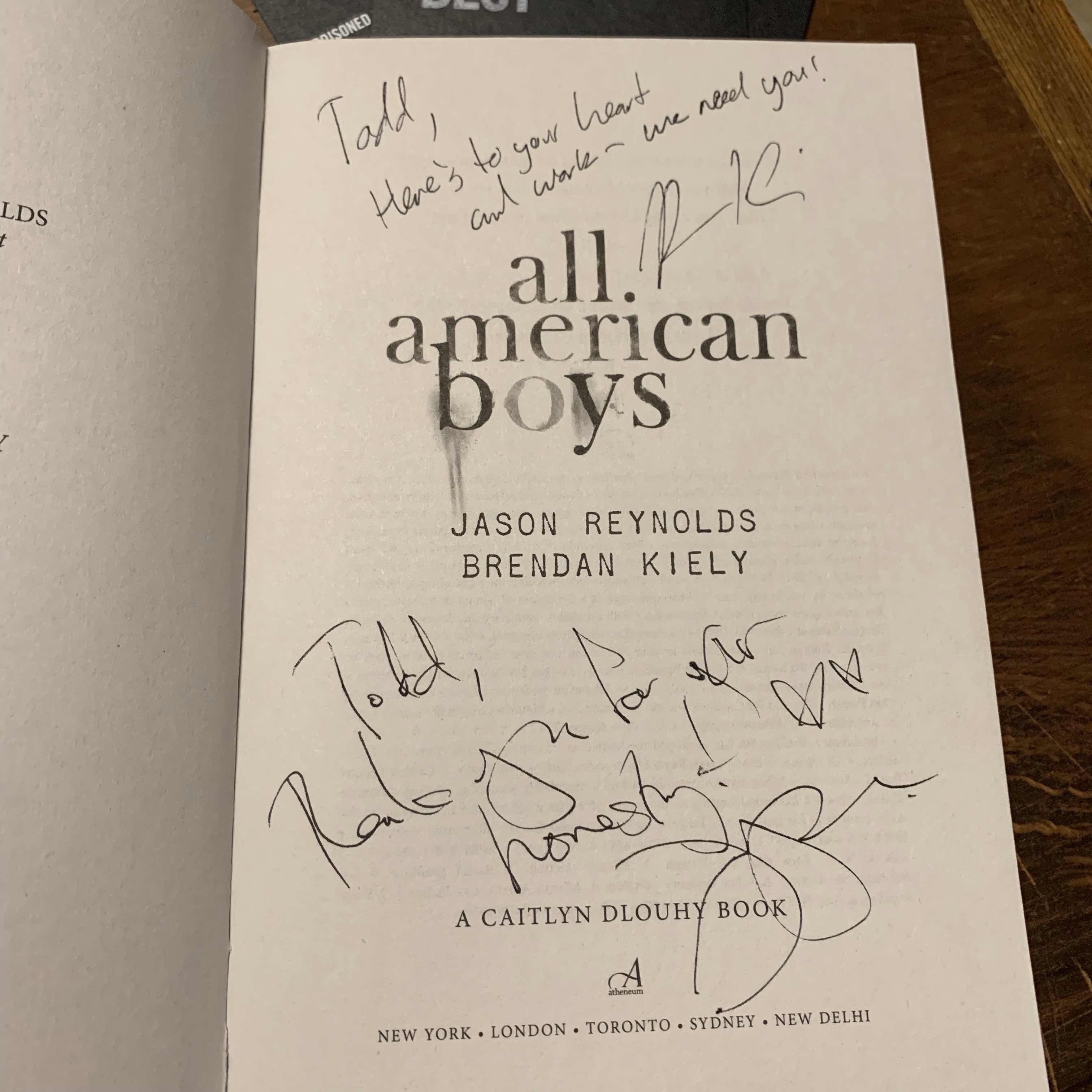 From Brendan: Todd, Here’s to your heart and your work-we need you!

From Jason: Todd, Thank you for your honesty! 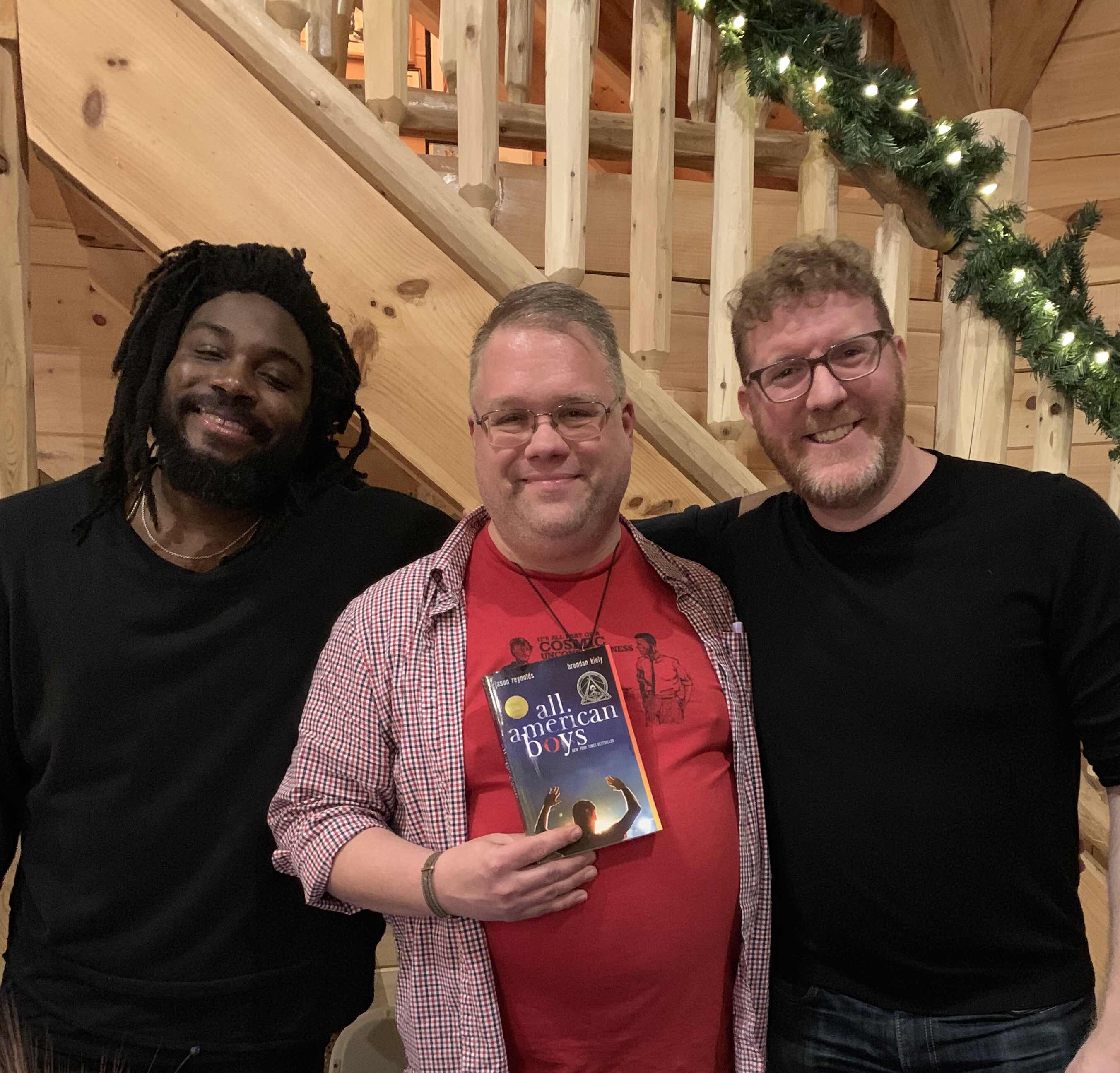 Having a signed book is one thing, but these words are from two people who, in the span of an evening knew me and what was on my heart, because I was honest with them about how their work changed me. 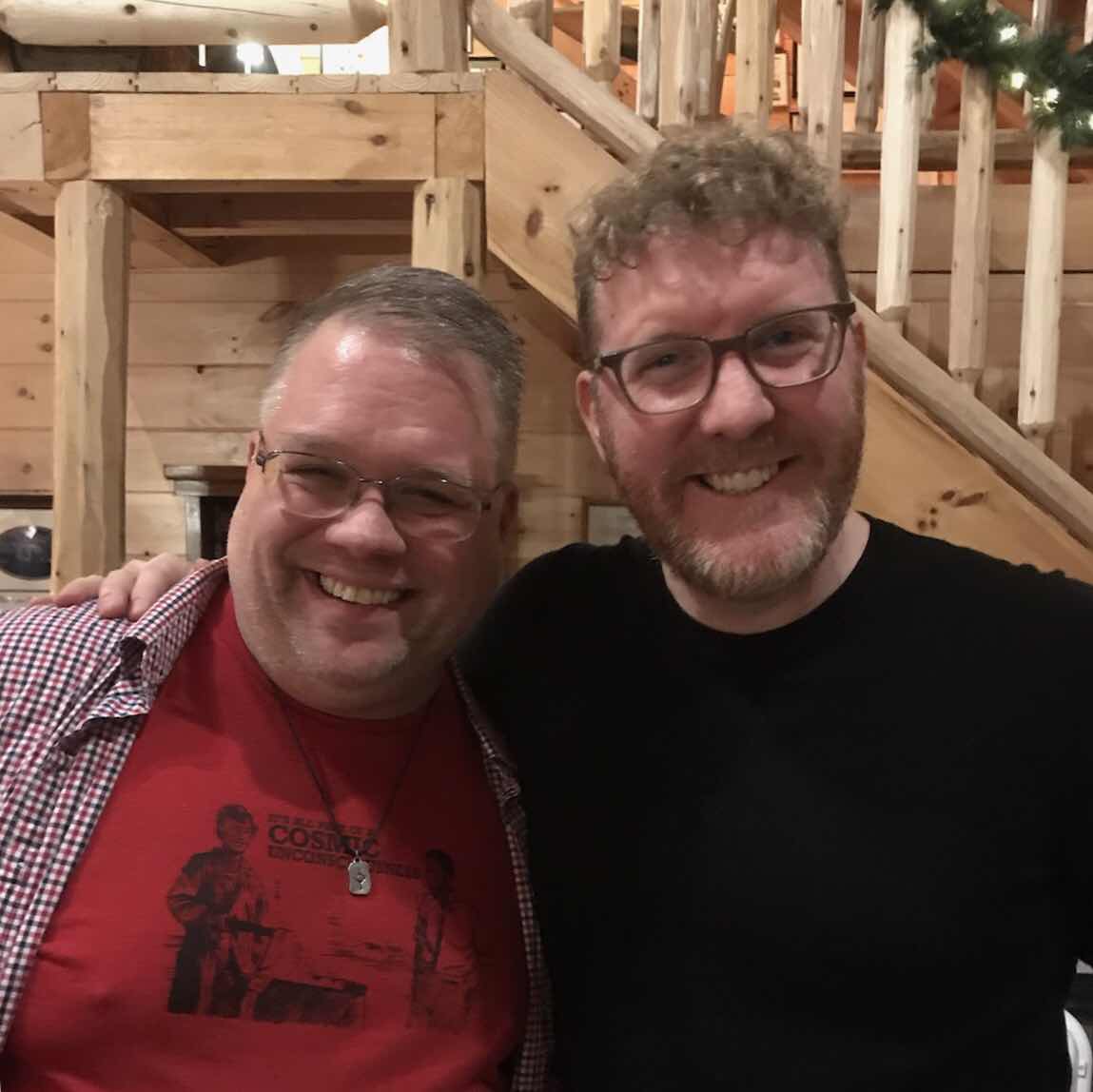 And for the first time in a long time, I didn’t have a thought about the other shoe dropping.

I start a new job Monday that has the potential to actually make a major difference in peoples’ lives. Along with that, I will have the ability to develop a fixed schedule for my writing. And my off-work time will be mine.

Some days I wonder if the other shoe will drop, but for now, I’m rolling with it.

It’s a good place to be.

I’m not the same man I was a year ago.

And that’s a good thing.

And only getting better.

Here’s to you and hoping you have an amazing weekend my friends. 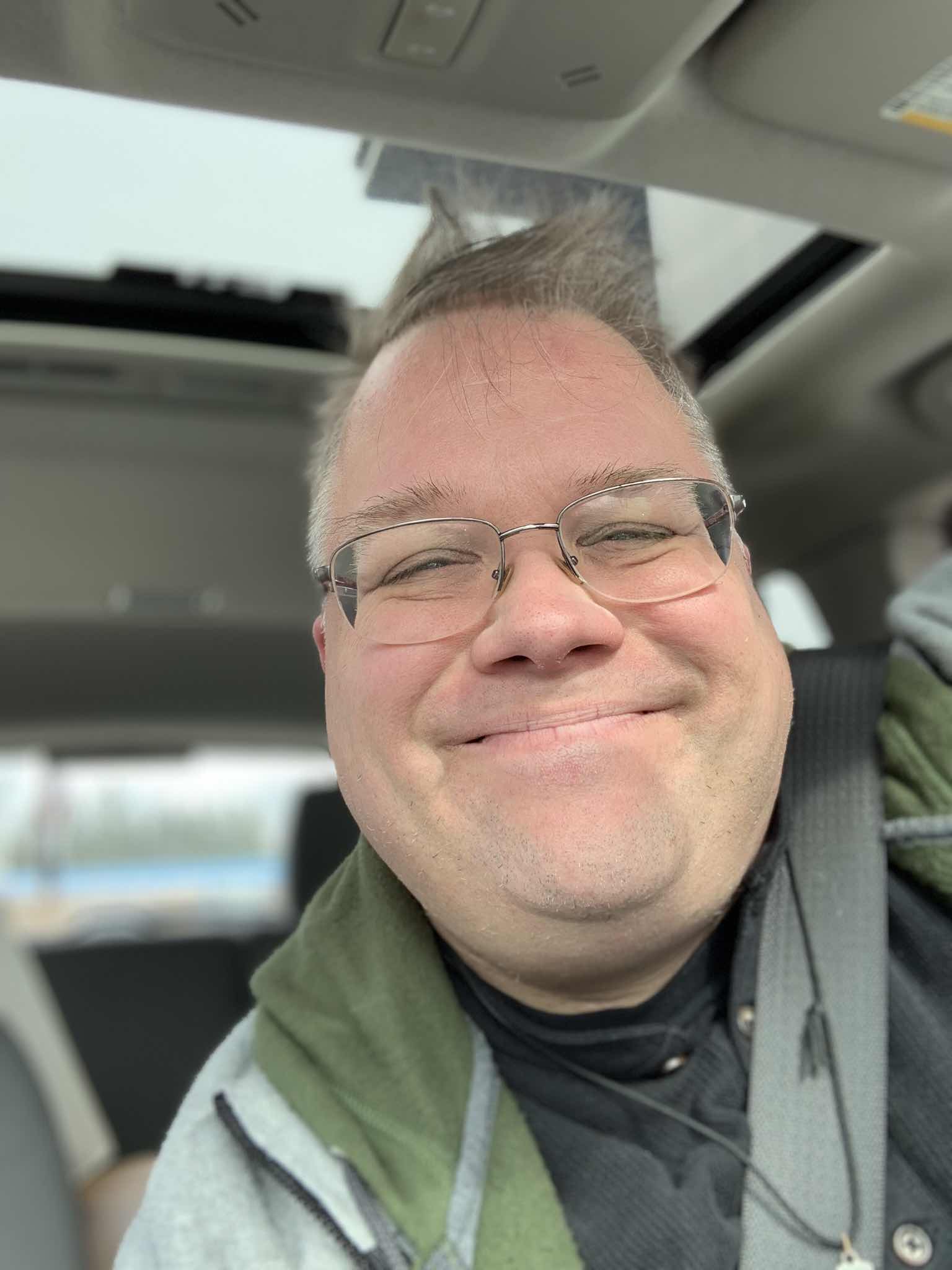